Years and years ago, a friend offered us a tool that had been rusting in their shed. We had no clear idea what it was for exactly, but I have never been known to turn down tools so we collected it (it required two people to lift it) and installed it in a corner of my shed, where it sat rusting for the next eight years or so.

Meanwhile, Seatree grew and developed. We always made pieces that were framed, and at first, like many crafters, we used the ubiquitous and extremely cheap Ikea frames, but pretty soon it became obvious that we needed to move on from these.

We had moved house by then, and the rusty tool came with us. It was time to clean it up, oil it and see what it could do. Turns out that it is a foot-operated Morso cutter, essentially a massive guillotine for cutting wooden frames to a perfect mitre. It is heavy, industrial and looks like something from the 1950’s, and now it has new sharp blades, it goes through wood with remarkable efficiency.

Also, sadly it cuts though fingers with even more efficiency! Turns out the perspex guard is there for a reason! 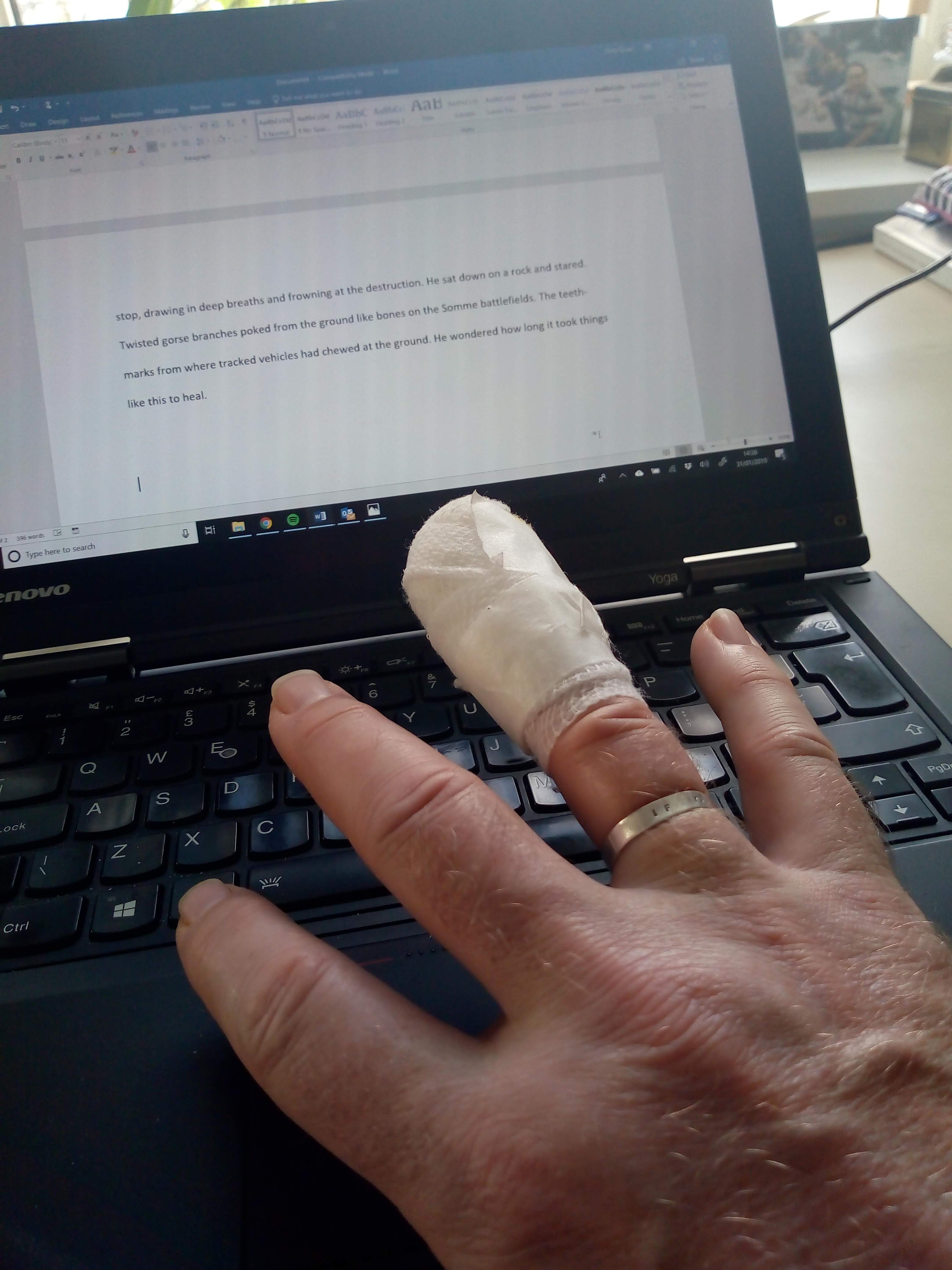 At first, we made frames out of whatever wood we had to hand- bits of old oak ripped into shape on the table saw, driftwood shaped and sanded, even beach-found pallets shaped then painted.  This was sometimes problematic however as the wood was not always stable, shrinking as it continued to dry out, which of course, is not a good thing in a frame. Still, we managed to get some good results. Eventually I tracked down a picture framing materials supplier in Glasgow. The first time I went in, I was faced with that masculine nightmare- the trade counter. Behind the trade counter was a man who spoke a different language to me and I stuttered my way through a conversation, conscious of the queue forming behind me. To both my embarrassment and gratefulness, one man stepped forward. He ran a picture framing shop in Kilmacolm and carefully told me what I needed, and offered as much future advice as I could ever need. What a lovely bloke. 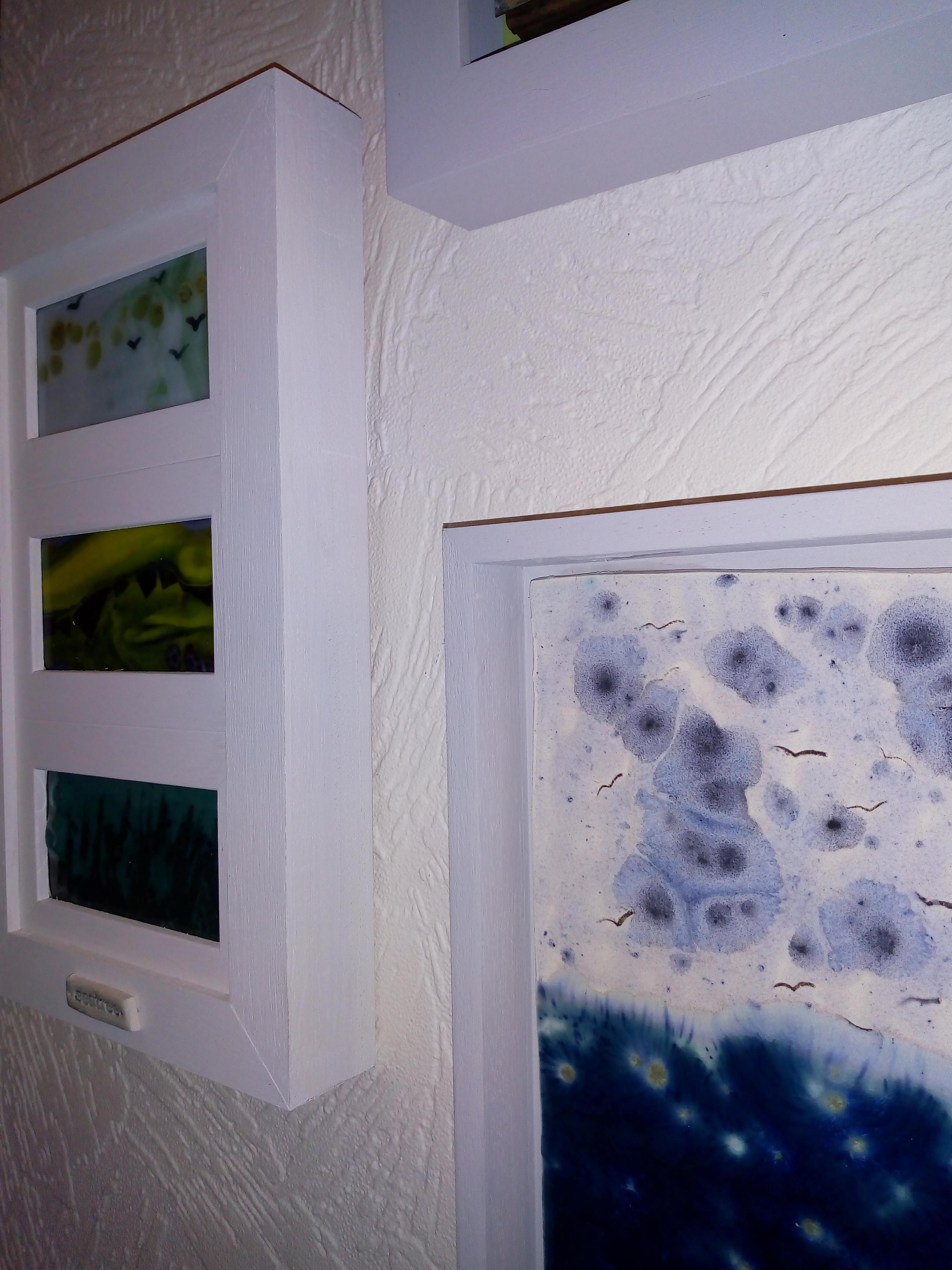 These days, we make all our own frames, as well as the occasional job for other people. In fact, one of our poly tunnel frames was given to us in exchange for doing some picture framing, which has a certain symmetry! 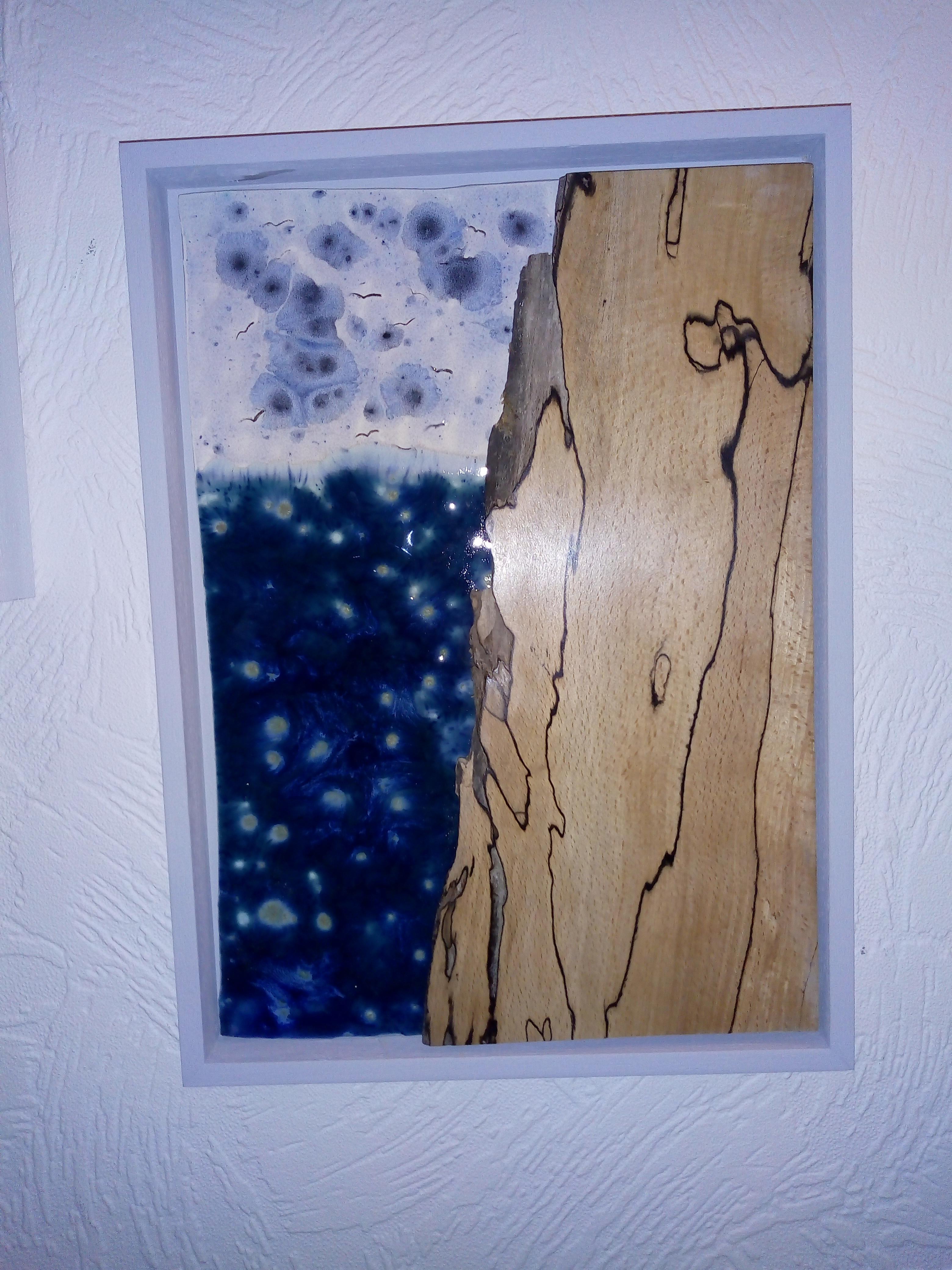 For our ceramics, we have evolved a method for framing that uses deep box frames, without glass (glass tends to ‘flatten’ the ceramics, making it look less raw somehow), and then we ‘suspend’ the pieces by bring them forward on blocks, as if they are floating. This works particularly well on pieces of ceramics that are not fully straight, which enhances the ‘float’.

Here are some pieces of framing I completed yesterday. Some of them will be in our on-line shop soon!

Better get stuck in to the next ones…

James and Emily will be at our Makers Dozen market

Don't you just love the internet? We met Karl thro

What a view from our community post office! Our we

Next week is the launch of the Pretty in Print exh

We're going to Potfest! We were delighted last wee

James' sister Rhona was on TV last week on 'Take a

We had fun recently doing a workshop for eight pal

Behind the scenes at seatree hq. This is the spot